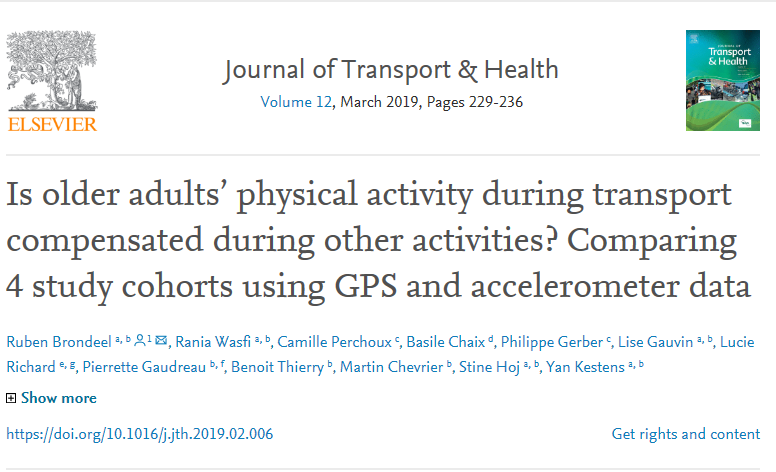 GPS (Global Positioning System) and accelerometer data collected among older adults (65+) were pooled from four cohorts in Canada, Luxembourg, and France (n=636, collected between 2012 and 2016). Physical activity was measured as total volume of physical activity for trips and non-trip activities. Robust linear regressions on person-centered data were used to test within-person associations between transport and total physical activity.